In Sanrio and Sanrio Entertainment, one year from January 2020 is the 45th anniversary year of My Melody,  and the “My Melody 45th Anniversary Fair” will be held in Harmony Land, and commemorative products will be released.

・ Launch of limited goods for “My Melody 45th Anniversary Fair”

Sanrio Puroland (hereinafter Puroland) will hold the “My Melody 45th Anniversary Fair” from January 17th to December 31st. The theme is “My Melody Pink Therapy”.

4F My Melody Shop has been renewed for the first time in 5 years, and when you enter the entrance, you can see “Recommended Photo Spots” at a glance. In addition to the 45th anniversary limited goods and Puroland original goods, the store also sells food and sweets menus and limited goods with all of my melodies commemorating the anniversary.

≪My Melody Shop Renewal / New Spot “My Melody Garden” Birth≫
In the new photogenic spot “My Melody Garden” with cherry blossoms all over, there is a photo spot where jumbo flowers can be seen in the form of My Melody when viewed from the front. In addition, the cafe table is decorated with a special anniversary cake, and the ceiling is a healing space to celebrate its 45th anniversary, with sparkling lights and pink flowers. 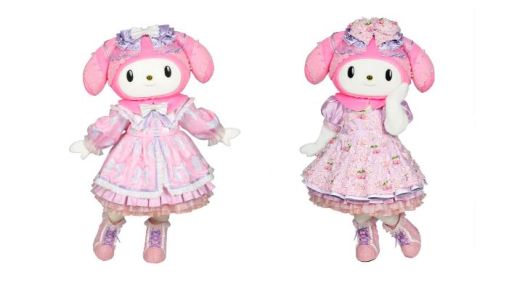 The popular ride attraction “-My Melody & Kuromi-Mime Road Drive” will also be reborn as an anniversary-designed “scented space”. During the ride, the aroma of the original blend is soft and scented. The aroma is a blend of 100% natural ingredients geranium, lavender and cherry blossoms (planned), and this spring is also planning to commercialize the aroma of My Melody 45th Anniversary Original Blend that can be experienced at the attraction.

“Lovely ♡ Pink Curry” finished with a large ribbon and heart-shaped shrimp cutlet and “Pink Therapy ♡ Anjin Drink” with plenty of strawberries and strawberry flavored “Anniversary Burger Basket” commemorating the 45th anniversary ”And“ Anniversary Cakes ”, you can enjoy a cute and delicious menu packed with the charms of My Melody.

A birthday doll wearing the 45th-anniversary dress is available for a limited edition of 100 with a dedicated shopper. In addition to headbands that can be worn with mascots and ribbons matching My Melody, a total of 8 items will be released, including mini towels, mirrors, hair iron cases and pouches designed to commemorate the anniversary. 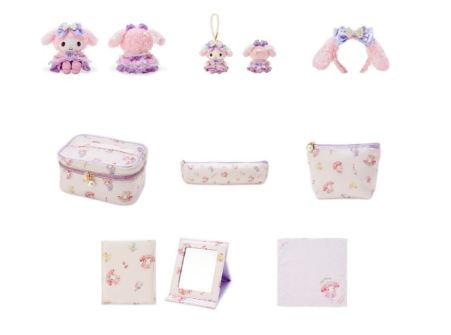 If you come in pink and white coordination based on the image of My Melody, you will receive a “My Melody Narikiri Corde Discount” with a discount on your passport ticket.

Passport discount price: Adults and children for both weekdays and holidays: ¥ 2,500

* Dwarfs (3-17 years old, high school students) are only eligible for holidays because the regular price is 2,500 yen on weekdays.

* Holidays are weekends and public holidays and school holidays specified by Puroland.

①Coordinate with one plain pink clothes and one plain white clothes

② Present the QR code at the ticket window

The “My Melody 45th Anniversary Event in Harmony Land” will be held from January 17th to December 31st at Sanrio Character Park Harmony Land in Hijimachi, Oita Prefecture. January 18th is My Melody’s birthday. From January 17th to January 31st, the greeting show “My Melody’s Happy Birthday” will be performed. My Melody will appear in a new costume commemorating the 45th anniversary. 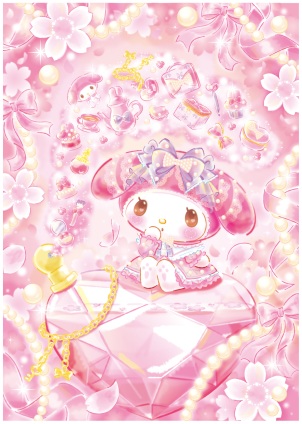 Also, from February 1st to June 2nd, “My Melody 45th Anniversary Photo Spot” full of pink roses will appear. Greetings that can be taken with My Melody will be held twice a day. In addition, “Thank you so much for pink!” Such as goods and foods celebrating the 45th anniversary of My Melody are scheduled to appear one after another.

To celebrate the 45th anniversary, “My Melody Design Series of Your Color” will be released on January 8 at Sanrio shops nationwide, Sanrio corner of department stores and Sanrio online shop. The white “white melody”, which is meant to reflect the colors of everyone’s hearts and snuggle up to their hearts, has a unique 45th-anniversary design.

In addition, if you purchase more than 1,000 yen (including tax) at Sanrio Shop from January 18, you will get a 45th-anniversary “Hokkori Hitoko Tack Memo” (all 2 types). A tuck memo of 12 pieces (4 pieces of 3 designs each) accompanied by a chilly person from My Melody is a 45th-anniversary limited gift.

<4. “anan” enables a dream conversation between my melody and ROLAND>

The special issue “Creating an Age” in the female gravure weekly magazine “anan” (Magazine House) No. 2183, which will be released on January 8, unravels the “My Melo Power” of my melody that has healed women ’s hearts for 45 years. Special content that can only be seen in “anan”, such as a conversation plan with Mr. ROLAND, who captures the hearts of modern women with the power of “words” like My Melody, and a trouble consultation plan of My Melody and Mr. ROLAND. It has only been available in anan.

A “My Melody 45th Anniversary” limited-time shop will be held from February 12th to February 25th (Tue) at Shinjuku Takashimaya 1st floor The Main Square. A number of event-limited design products are scheduled to be deployed. Details will be announced on the Sanrio website in early February.

My Melody Birthday Fair will be held at Kiddy Land nationwide from January 17th to February 14th. About 15 new water paint flower designs featuring my melody and Kuromi with watercolor touches will be released in advance. (Scheduled to be released at Sanrio Shop after February 15th).

* Some stores are not available.