From November 18, to celebrate the 50th anniversary of the birth of “the world’s first can coffee” “UCC Milk Coffee”,  UCC Uejima Coffee collaborates with the world’s popular character “Pocket Monster” to release limited “UCC Milk Coffee Pokemon Can 250g”.

The collaboration is based on the two long-time popular brands. One is the world’s first canned coffee “UCC milk coffee”, which released in 1969 is a long-selling product that has been loved for many years. The other is the “Pocket Monster” game series, which has been popular with countries around the world since it released in 1996, and the latest “Pocket Monster Sword Shield” was released on November 15. 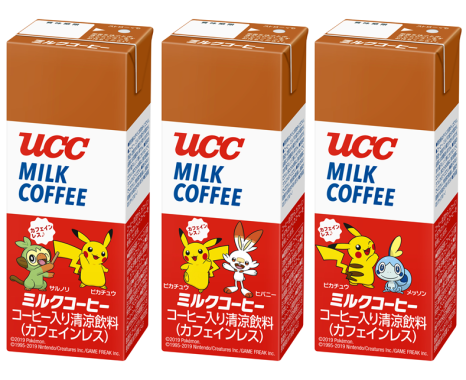 (2) Retweet tweet that is submitted randomly during the period