Francfranc’s interior shop “Francfranc” will be the first to start a Christmas tree starter set designed by collaborating with “Star Wars” at some Francfranc stores and in the Francfranc online shop, Shibuya Loft, Rakuten Brand Avenue. Pre-sale including limited editions from October 4th. The regular version will be available from October 25th at Francfranc nationwide, excluding pre-sale stores. 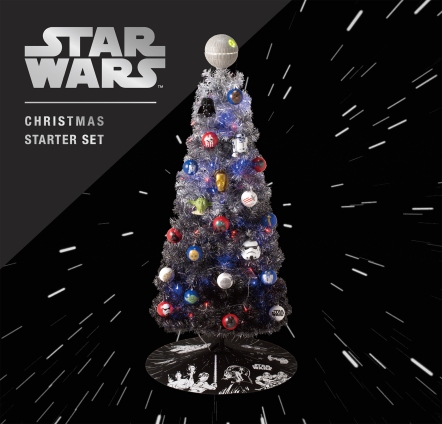 Francfranc’s Christmas in 2019 is “COSMIC CHRISTMAS,” which creates a future-oriented world view with the theme of the universe and themes such as planets and galaxies.

The Star Wars starter set consists of a silver and black gradient tree body that looks like the world of the galaxy, an ornament, LED lights, a tree skirt, and a treetop. It is a popular item every year. 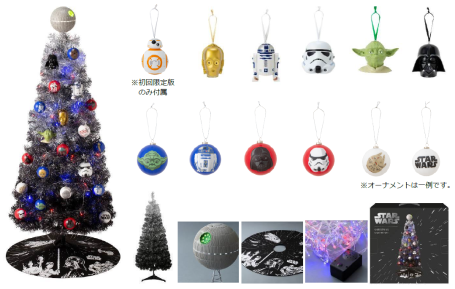 This year, in addition to the classic green and pink, a new “Star Wars” tree will appear, and blue and red to match the two patterns of music, “Star Wars Theme” and “Darth Vader March” With the included LED lights that shine in two colors, the world of “Star Wars” is produced.

In addition, 3D ornaments of popular characters such as R2-D2, Yoda, and Stormtrooper, round ornaments printed on the back and front, and the Death Star of the spherical space station that is the ultimate weapon of the Galactic Empire The charm of “Star Wars” is packed with plenty, such as a shining treetop with a motif.

* Limited to the first edition only, up to 3 purchases per person

* There is no purchase limit at Francfranc Online Shop, Shibuya Loft, and Rakuten Brand Avenue.

* End of sales as soon as each store is sold out

* Not available at Francfranc BAZAR store