The collaboration goods of “Rascal”, a character of “Araiguma Rasukaru” produced in 1977, with “Hatsune Miku”, a character developed by Krypton Future Media will be released in advance at “Magical Mirai 2019” of the @COCOLLABO booth in Osaka and Tokyo in August. 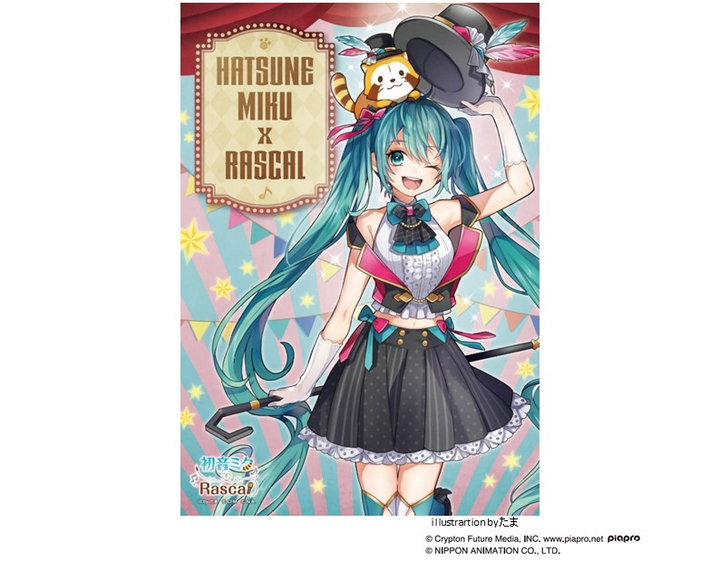 This year’s theme is “magician”. From “Hatsune Miku”, “Kagami Nin”, “Megurine Nuka”, “KAITO” to “MEIKO”, they all will play with “Rascal” using props to act as a magician. And the all used illustration, in addition, the product using the collaboration illustration of the super deformed version (SD version), will be released. 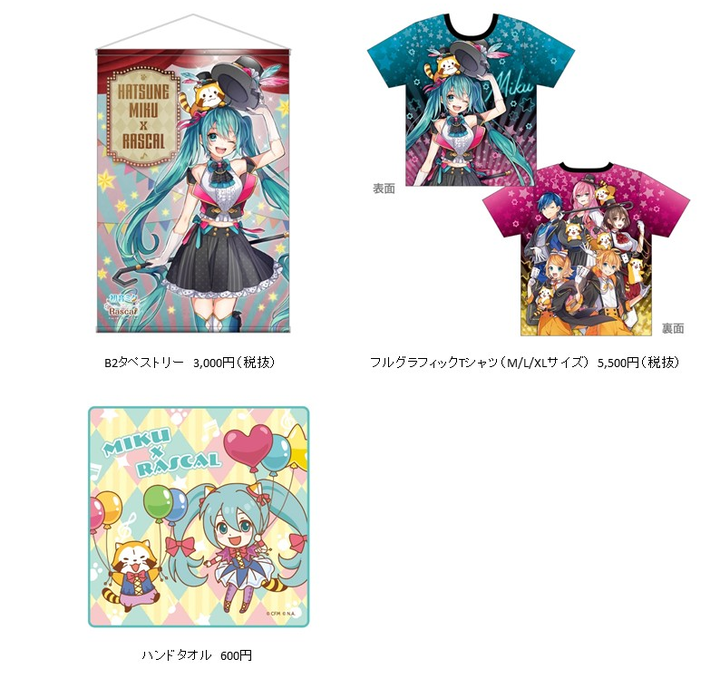 The collaboration goods are also scheduled to be sold from August 30 at the Japanese animation official shop “ANi ★ CUTE” in Ikebukuro, Tokyo.