The character “Transformers” created by Takara Tomy celebrated its 35th anniversary in 2019.

As the 35th anniversary and new movie film “Bumblebee” that is new series of “Transformers” was released, the collaboration cafe named “Bumblebee Cafe” was opened at Ikebukuro PARCO during the period from 8th to 31th March. 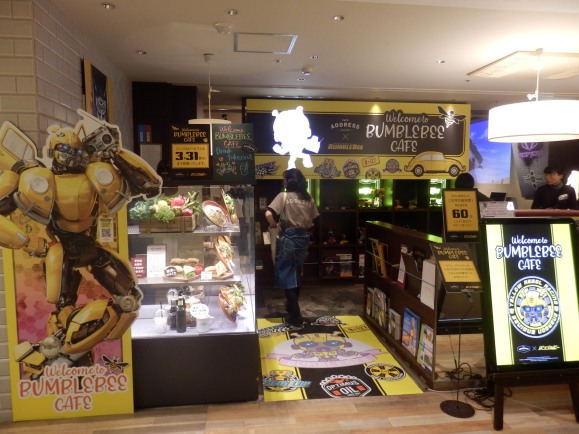 There are photogenic collaboration foods menu based on character, and it is prepared many photo spot in this shops.

Also, multiple QR codes are hidden inside shops. When you scan it, you can get Bumblebee seven types of messages.

In additional, Bumblebee figure is placed on each table, so you can pick it up and play.