On top of snow sculpture, Live show and exhibition, Morinaga is releasing the collaboration animation and press release.

On 3rd Feb, Morinaga product ‘Mitsu and Yuki’ is having the 10th anniversary. To celebrate this, the product is collaborating with the Hokkaido supporting character ‘Snow Miku’, releasing the ‘Yuki Miku version’ from ‘Mitsu and Yuki’ TV commercials on official webpage and official Youtube channel. 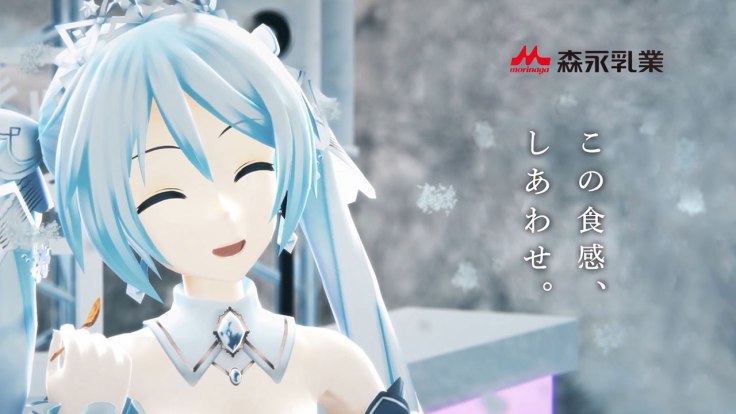 The animation ‘Mitsu and Yuki special edition Snow Miku Ver.’ would be released within limited time. With the beautiful Hokkaido snow background, the famous song ‘Konayuki’ sang by Snow Miku would be played in the commercial.

※The snow sculpture, live show and exhibition is under the event ‘SNOW MIKU 2019’ but not from Morinaga.

‘Snow Miku’ is the supportive mascot of Hokkaido in Japan. She was born from a white snow sculpture in Sapporo Snow Festival in 2010. Since then, Snow Miku is the main character of the festival. In every year, the theme of her costume is decided by the voting result online and in 2019, the main theme would be ‘princess’ with the image of snow in Hokkaido. She would support Hokkaido again this year.