The mascot is holding the key to the success of licensing business of 2020 Tokyo Summer Olympics. In this article, we will have a deep look in how the mascots born and developed. 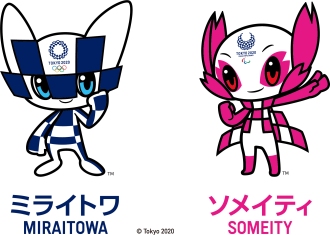 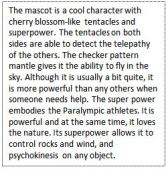 On 22nd July, the names of the mascots are announced in Tokyo Midtown Hibiya. The name of the Tokyo 2020 Olympic mascot is ‘Miraitowa’, while ‘Someity’ is the name of Tokyo 2020 Paralympic mascot. ‘Miraitowa’ is the word combing ‘Mirai’ (means ‘the future’) and ‘Towa’ (means ‘forever’). On the other hand, ‘Someity’ comes from one type of cherry blossom called Somei-yoshino (or Yoshino cherry) and the pronunciation of ‘so mighty’, which means ‘so powerful’.

From now on, ‘Miraitowa’ and ‘Someity’ will be the ambassadors of the Tokyo 2020 Olympics and convey the spirit of the Olympics and the Paralympic. They will attend different kinds of events to spread the message all over Japan and also the world.

But the creation of both the mascots was not easy. As Japan is a country which is strong in IP characters, the process of the decision of the mascots was very conscientious: 8 meetings were called between January and April 2017. According to Mr. Ryohei Miyata, the commissioner of the Agency for Cultural Affairs, 14 members from different specialized fields were selected and exchanged their views in every meeting. Sometimes they could not reach a consensus and had strong arguments as the mascots would be representing Japan, so each ‘small’ decisions was important.

After the long debate, the committee decided and announced the requirements of the mascot design contest on 22nd May, 2017. After that, the committee changed the name and added some more new members to have a deeper discussion over the judgements of the designs. 3 final designs are selected and the committee invited primary school students in Japan and the Japanese schools all over the world to vote for the best, which is the first time in the world to have this judging process. As the mascots need to ‘welcome all the athletes and guests, let the children be excited and spread the message of Tokyo 2020 Olympic Games’, the comments from children are essential.

Finally, after a series of the requirement check, the designs check, the final 3 decided by the committee and the votes from primary school students, the final one got 109,041 votes and becomes the official mascots by defeating the other 2,042 designs.

Afterwards, the naming process started from April until May, 2018. As the names need to be registered as a trade mark all over the world, the committee needed to confirm if the names contain any negative messages in any other languages, or crushed with any registered trade marks. After strong debates and deep researches on the trade marks in the world, the committed decided to use ‘Miraitowa’ and ‘Someity’ as the official names of the mascots. The whole process lasted for over a year and a half.

There were around 5 million children who took part in the mascot voting. In other words, ‘Miraitowa’ and ‘Someity’ have got popular to a certain extent already. In the past, there were almost none of the Olympic mascots had become that popular two years before the Olympic Games started. 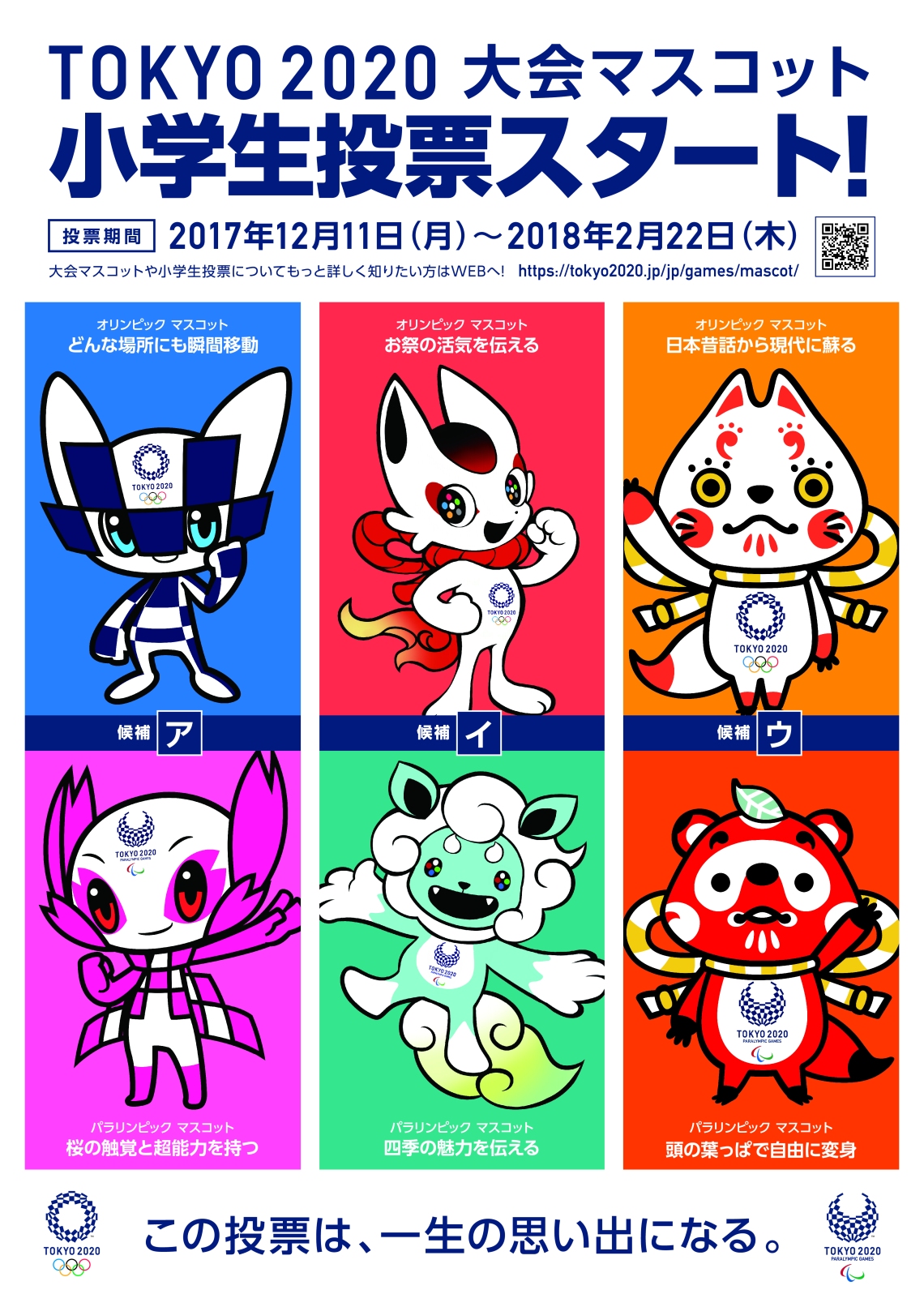 From now, it is important to let people to have empathy with the new mascots.

‘As for the children, the mascots are just like being selected by themselves. To keep the connection between the mascots and children, the mascots have to be the representative of children’s honest eyes, connecting the children together with the 2020 Olympic Games, and therefore need to learn more by considering children’s viewpoints. In the next two years, we wish to have the attention from the children, let them know what they have learnt from the mascot and be the ambassador themselves. For this purpose, we have to take measures not just from adult’s points of view and we are now checking this strictly’ said Tanaka Moriro, the team manager of brand development division of The Tokyo Organising Committee of the Olympic and Paralympic Games.

On 22nd Jul in Tokyo Midtown Hibiya, the mascot costumes appeared in the debut event, the animation showing the bonding between ‘Miraitowa’, ‘Someity’ and children were also broadcasted. After the event, the costumes also attended to the ‘Mascot House’ opened in Tokyo Midtown Hibiya. The mascots then ‘teleported’ to Asakusa Nitenmon, Toyosu and Odaiba to join the parade on water.

‘Miraitowa’ and ‘Someity’ also joint the countdown event being held in the Skytree. Besides, they also joint the special TV programme called ‘Uchimura Olympic declaration’ held by NHK, together with the elementary school unit called ‘Foorin’, who sing the new song ‘Paprika’ written by Yonetsu Genshi.

From now on, the mascots may also attend to the events with animations teaching the children how to play the sports.

‘We are now under the process of promoting the mascots, but we also need helps from partners and people from the host cities.’ said Tanaka. 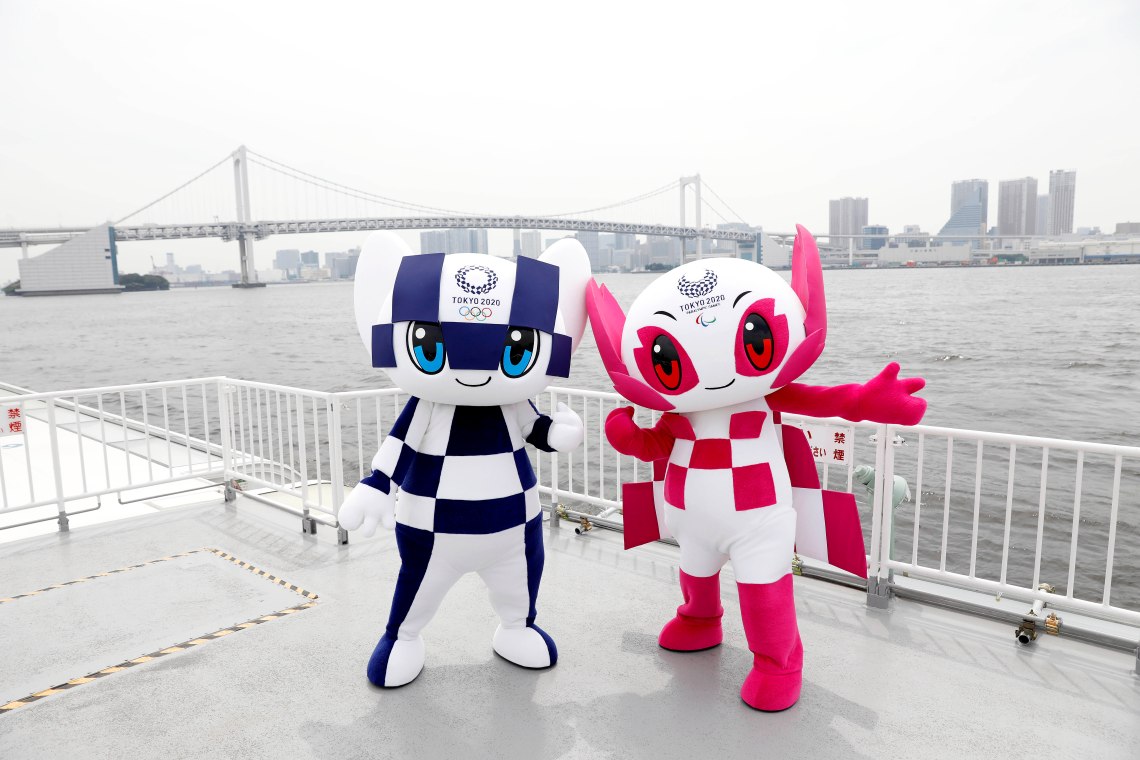