“Badtz” ties with each other! Scheduled to be released by licensees from December! 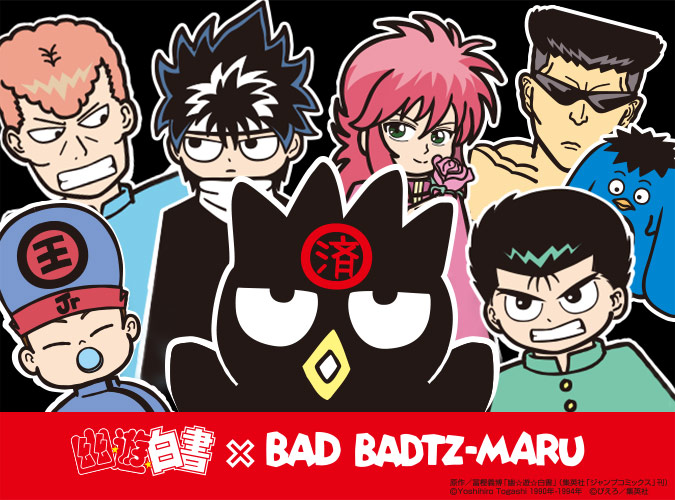 The TV animation “Yu Yu Hakusho” is a popular animation work by Pierrot Production which originated from the same name manga by Mr. Yoshihiro Togashi, it was broadcast from October 1992 to January 1995, for the 25th anniversary from the start of broadcasting have been fascinated by many fans until now. It is a story that defeats the enemy who will appear again one by one with his colleagues receiving the task of capturing the Youkai who is a hero of a school problematic child that died in a traffic accident, and the Yokai that hurt the human world from a spiritual world.

“BAD BADTZ MARU” was born in 1993, even a number of Sanrio characters exist with the word “BAD” with a different name, but it is a character with a persistent fans in a penguin character of mischievous and gentle character. “2017…the mischievous BADTZ MARU finally enters the spirit world with the permission of Koenma! At last it steals the giant skill, and Batz Maru can become a BIG?” Under the concept story, the collaboration design of Sanrio created a goods such as miscellaneous goods, cloth, stationary goods from the licensee companies from December.