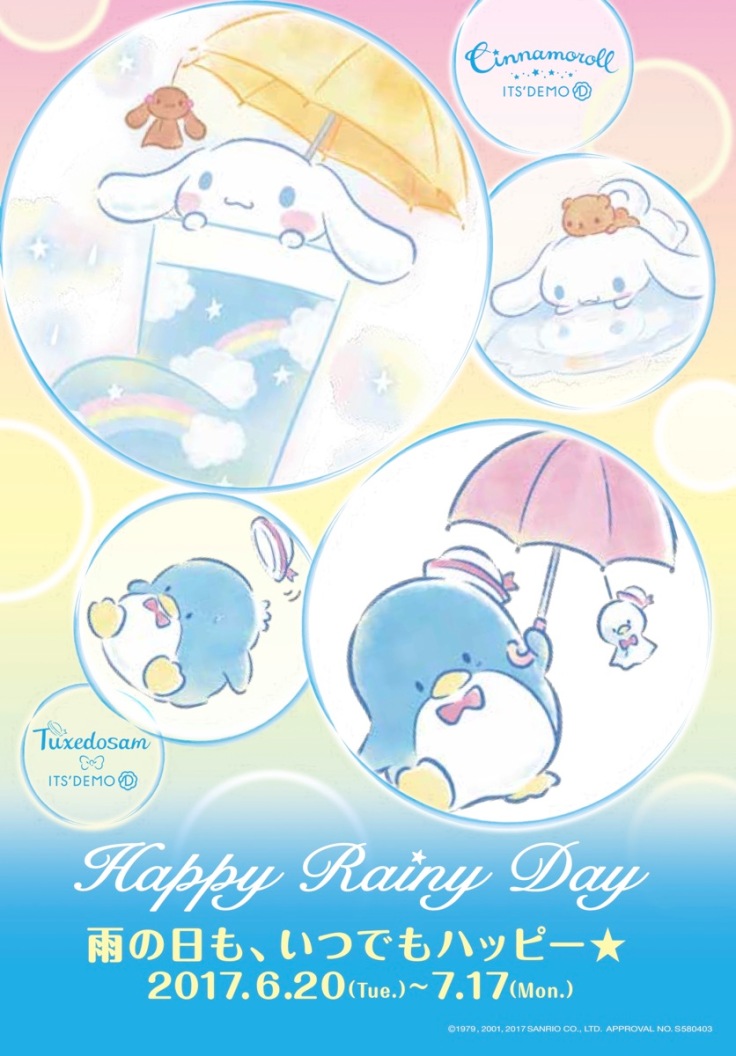 Wrapped by the bubble, put on an umbrella, looking to the puddle, those 2 cute Cinnamon Roll and Tuxedo Sam, drawing on the light pastel color with blue and pink like a rainbow.

Furthermore, shopper who has purchase at the store will get limited quantity for present as an illustrator of “Cinnamon Roll” and “Tuxedo Sam”.