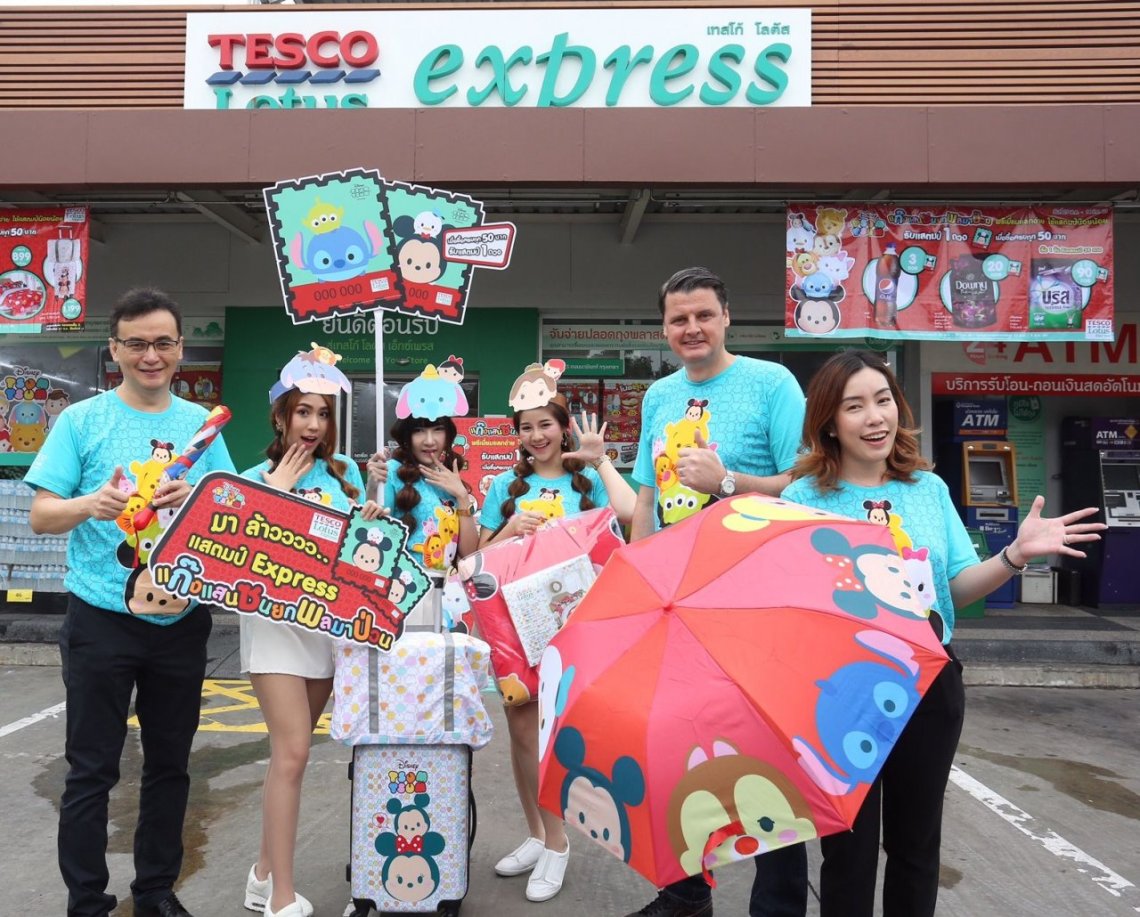 The Disney Tsum Tsum Line game has been downloaded 3.7 million times in Thailand, the third highest rate in the world. The cartoon characters will be used in a variety of premiums customers can redeem using their stamps collected each time they make a purchase at any Tesco Lotus Express store nationwide.

Disney Tsum Tsum originated in 2013 in Japan. The characters are popular cartoon personalities from Disney, such as Micky Mouse, Minnie, Donald Duck, and Winnie the Pooh. The toys are also sold at Disneyland Paris, in the United States and in South Korea.

By Collecting the stamps, customers can exchange them to exclusively designed umbrella, clothes boxes, bed sheets, and so on.

The promotion started from May 25th and will last until September 27th.