Daimaru Umeda branch is having a new event from April 26th to May 9th, celebrating the 15th anniversary of Cinnamoroll called “Cinnamoroll 15th Anniversary Fair at Daimaru Umeda” at Event Space, first floor.

There are about 300 items selling, which cannot be obtained anywhere else, designed by famous designers that will have the sign event as well.

“Cinnamoroll” is a male white puppy character born in 2001 and the related products were sold from 2002. In 2016, Cinnamoroll risen to the 2nd spot in “Sanrio Character Ranking 2016”, which showcases its popularity among both teenagers and adults.

During the event period, people who purchased items from the first floor fair venue will receive exclusive Cinnamoroll paper bags. Furthermore, the first 2,500 customers will receive special coupons which can be exchanged to Limited edition Cinnamoroll notebooks, at 5th floor Sanrio shop. Other than that, there will also be a Photo shooting event at Osaka. 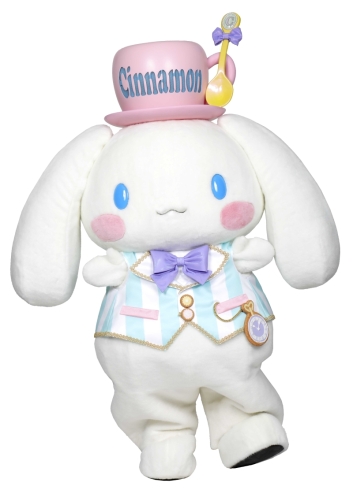