Nippon Animation is celebrating 40th anniversary of its popular animation’s license “Rascal the Raccoon” with its run from 1977 to 2017. Between April 21st to June 25th, the limited-time “40th Anniversary RASCAL SHOP Tokyo Soramachi Ten” will be opened at Tokyo Skytree Town at Tokyo Soramachi. 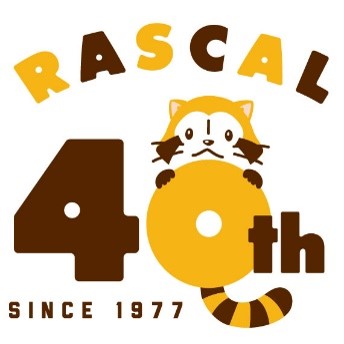 Along with opening the pop-up store, Tokyo Skytree also launched a new collaboration illustration with Rascal the Raccoon. The illustration features Rascal cleaning the Tokyo Skytree, which looks very beautiful.

Rascal, who was born 40 years ago, is currently attracting support from the 10s and 20s with the “LINE stamp” and so on. As Rascal is a character recognized over 3 generations of parent and child, it is decided to implement a pop-up shop at “Tokyo Soramachi” where a wide variety of people visit, regardless of age and gender. It will be developed as one of the anniversary projects of “Tokyo Soramachi” which will celebrate its 5th anniversary in May.

Within the pop-up shop, there are sales of merchandises with Tokyo Skytree collaboration designs, Rascal 40th anniversary designs, popular character “Kapipara san” designs, and so much more. In addition, we are planning several collaborative projects, and some of our products will be pre-sold at “RASCAL SHOP Tokyo Soramachi Ten”. The details of the collaboration plan will be announced at any time from the official website of “Rascal the Raccoon”.
・”Rascal the Raccoon” Official Website: http://www.araiguma-rascal.com/