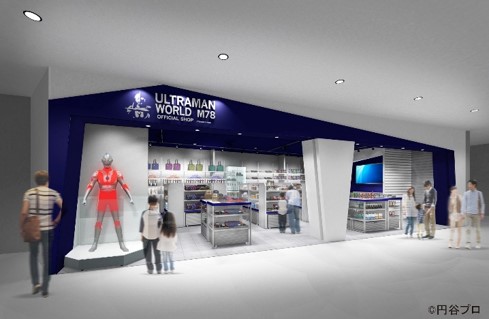 Ultraman, the Japanese hero that was created by Tsuburaya Productions, will open its own shop “Ultraman World M78 Osaka Branch” on March 16th at Hankyu Third Avenue North Building B1F.

There are many items ranging from items that adults want to use every day to items that support their children.

There are souvenirs such as T-shirts and sweets with original design on it. The design consists of Ultraman fighting Gomorra with Osaka Castle in the background.