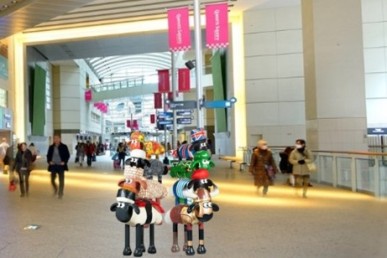 “Shaun in Japan Project”, which is series of art and charity events of Shoun the Sheep, held in Japan, is now coming to Yokohama Minato Mirai Queen Square to showcase 30 special Shaun the Sheep big statues. The statues are specially designed by Japanese and International artists. This event will be held from January 28 to February 12.

In this project, artists from many fields come together to design their own Shaun which will be the only one Shaun statue in the world. After showcasing the statues, charity auctions will be held in order to bring happiness to all Japanese children.

The total of 30 designs of Shaun statue was released for the first time in Shibuya-ku, Tokyo in May 2016, exhibited in Futako Tamagawa in September and in Osaka in November of the same year.

These Shaun statues are finally put on a charity auction in March at the end of the exhibition after the event in Minato Mirai.

The main attraction here is the exclusive Shaun designed by all the collaborated artists. Unique never-seen designed Shaun will be there such as the other character collaborated Shaun, Shaun with sushi on top, and so on. 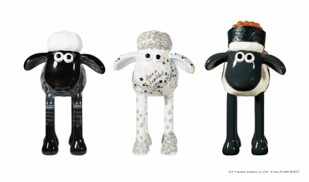