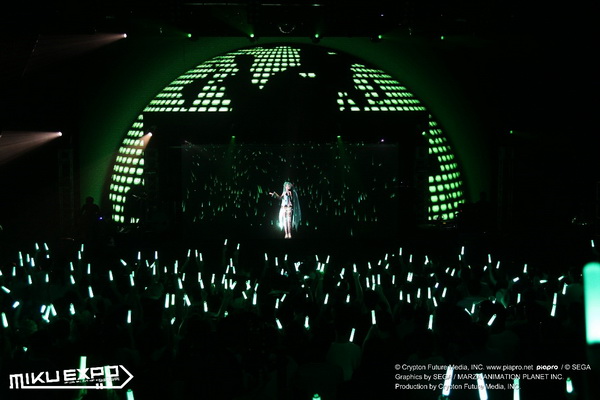 Hatsune Miku is a “software” developed by Crypton Future Media, Inc., which allows anyone to sing songs and melodies. A large number of creators are using “Hatsune future” music and released to the Internet and became a trend.

She has attracted worldwide attention, and now as an electronic singer launching peripheral products, concerts, etc., and active in many ways, her fame spread throughout the world.

Hatsune Miku concert is a virtual concert transformed into the real stage entertainment. Through holographic technology, breaking the boundaries of dimension, virtual cartoon image standing on the stage in the real world.

Hatsune will return to China for a concert tour and will be held in Shanghai and Beijing.

Exhibition content, the performance is using high-tech holographic technology and equipment and you really can feel “Hatsune Miku” concert music magic and passion. 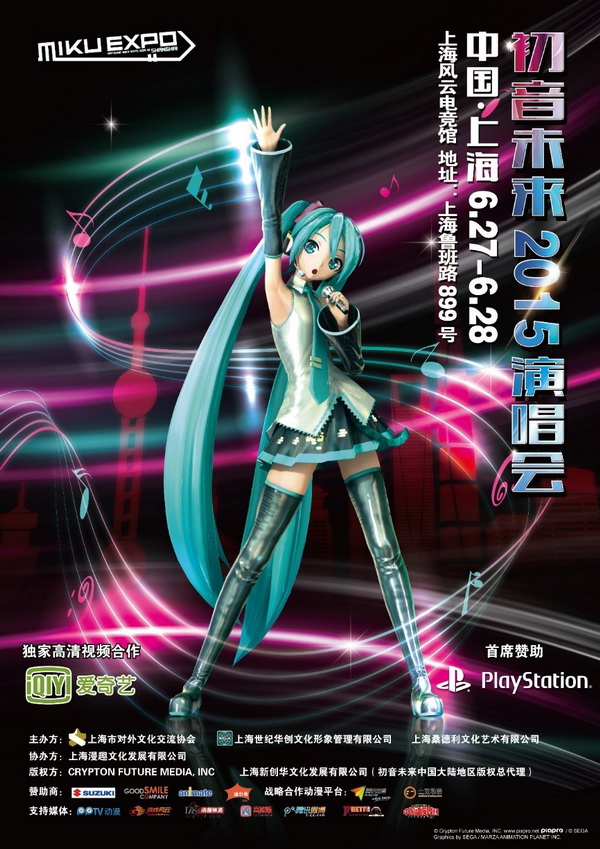